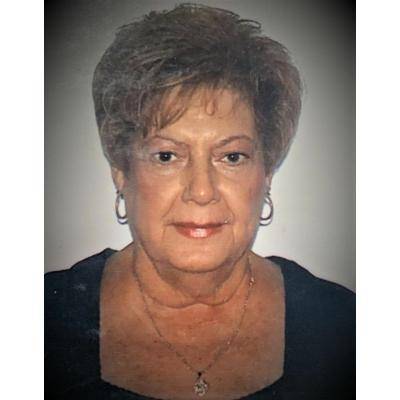 We are heartbroken to announce the death of our beloved mother, Providence Eleanor Allen. She passed away peacefully at home surrounded by her loving children and grandchildren.
Providence was born in Columbus, Ohio on August 9,1933 to Theresa and Harry Gianantonio. She was named after her grandmother Providenzia Mascolina who died at a young age. She spent her formative years being raised by Theresa, her mother and Onofrio and Margaret Mascolina, her grandparents. Providence (and her sister Carmel) were adopted by their loving father Prospero Melfi when she was 15 years old. She married Richard E. Allen at age 18 and was with him until his death in 1974. She spent 25 years with her partner, Stan Gill until his passing in 1997. Providence spent the last three years living with her daughter Cyndi and enjoying her family.
Providence worked for many years as a Hearing Assistant for Social Security's Bureau of Hearing and Appeals. She loved her work friends, Debbie, Barbara, Anne, Dorothy, Wanda and her special friend Catherine who still visited her and sent her "special mail" up until her death. Providence spent her many years in the Lion's Club, traveling, bowling, ballroom dancing and after our father's death going dancing with her friend Donna Murphy. She loved anything Chuck Norris, Red Lobster, Elvis Presley, Englebert Humperdinck, Tom Jones, country music and the casinos where she had her grandson Kohl take her to play slots. She was a sassy, strong, classy and loving woman who took pride in her appearance. She loved her hair and nail appointments, designer clothes, and her gold jewelry. But as sophisticated as she was - her family and faith always came first. She loved all her children, grandchildren, great-grandchildren and great-great-grandchildren fiercely. She was a devout Catholic and member of St. Matthias Church for many years and had an unyielding faith in God. While our family has lost the most caring and giving person to grace the physical presence of this earth, we have gained the best guardian Angel anyone could ask for. She made up for a lot of voids in her children and grandchildren's lives, and for this we are eternally grateful.
Providence is survived by her loving sister Carmel, her children Rick Allen (Liz), Kathy Schiming, Vicki Voll (Rick), Cyndi Thomas (Kyle), and her grandchildren Rich Allen (Doris), Angie Kennell, Adam Schiming (Portia), Cody Schiming, Jonna Voll, Jeff Voll (Rhonda), Joe Voll (Lynn), Gabrielle Young (Tyler), Josh Allen (Branda), Carson Van Horn, Dakota Van Horn (Kennedy), Kohl Van Horn (Megan) and Jayden Thomas. She is also survived by 24 great-grandchildren and 5 great-great grandchildren, her niece Jody Crews, great nephews Jeremy Swanson (Sarah) and James Thomas. She is preceded in death by her husband Richard E. Allen, her father and mother, Prospero and Theresa Melfi, and her son-in-law Dale Schiming. Condolences may be sent via www.johnquint.com

RIP sweet mamma - your absence is gut wrenching but I know you are in a beautiful place and there is no more suffering. I love you.